The store will not work correctly in the case when cookies are disabled.
Menu
Account
Settings
Currency
USD - US Dollar

Any Evan Mobley, Cade Cunningham, Scottie Barnes, Franz Wagner, Jalen Green, Josh Giddey, or Jonathan Kominga autograph pulled will be submitted to SGC FREE of charge (If the owner of the card wishes)

Collect the rainbow of your favorite superstars and rookie players as Prizm offers some of the most highly sought-after colored parallels of the year. Each hobby box contains 22 Prizms!

Find 10 inserts per box in Prizmatic, Fireworks, Widescreen, Mindset, Fearless, and two new inserts celebrating the 75th season of the NBA in NBA 75th Logo Hobby and 75 Years of the NBA!

Compare
Skip to the end of the images gallery 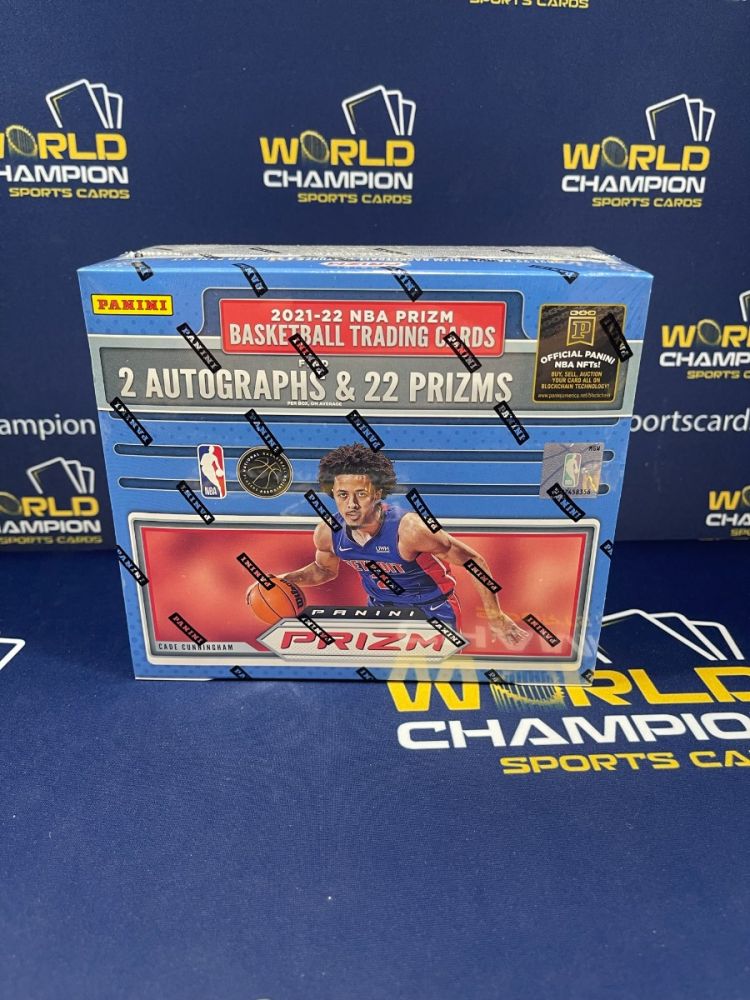